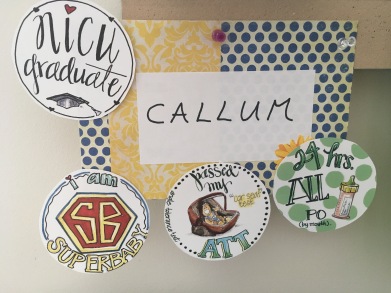 We brought our beautiful healthy boy home from the NICU a few days ago and it has been an amazing, exhausting whirlwind ever since. Callum’s doctor did a couple more x-rays and lots of blood work after his bloody diaper and all of it came back clear so she was able to rule out the transfusion related gut injury/NEC that we had feared. He has a dairy allergy instead so I’ve cut out all dairy from my diet and he’s on a dairy free formula (with occasional breastfeeding) until all of the dairy is out of my system (it usually takes a few weeks.) Then we will transition back to breastfeeding only. After Cal had his second post birth blood transfusion his oxygen was so much better (no more desats) and he basically took all of his feedings by mouth from that point on. It felt unreal when they told me I could take him home. I showed up at the NICU to get him and his tiny little body was completely wire free for the first time since he was born! 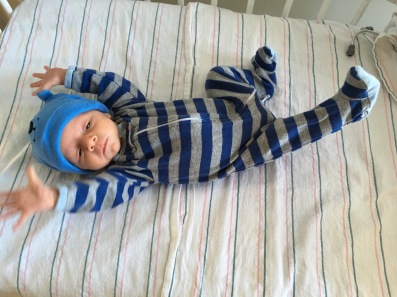 The hospital has a rule that all babies being discharged from the NICU must be wheeled out of the hospital in their mother’s arms, which felt kind of ridiculous since I had been walking back and forth from the Ronald McDonald House to the hospital parking deck to the NICU and back for weeks. It felt so surreal and wonderful though, to be leaving the hospital with my healthy baby boy in my arms. 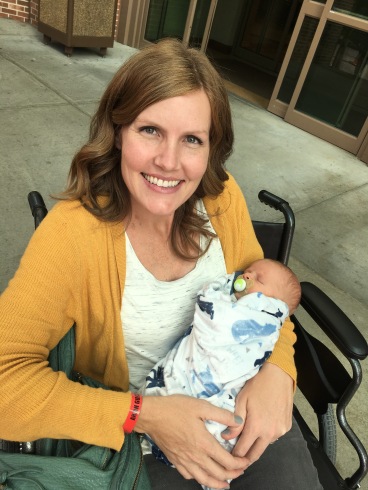 We are overcome with gratitude to God for giving us this miracle and completing our family. Callum was His idea in the first place…a redemptive gift that I do not deserve. I get teary when I think back to the beginning of this year when Josh and I were trying to decide if we were brave enough to try for one last baby and God whispered, “Let me bless you.” over and over again. He encouraged us to be courageous and to trust Him. He had this sweet baby boy in mind and I’m so glad we took that leap. All of the fear and the physical pain and exhaustion and inconvenience was so, so worth it. Watching Nora meet her baby brother for the first time was one of the happiest, most beautiful moments of my life. We grieve the loss of her big sister daily. We ache for the friendship that was lost for Nora when Lucy died. She should have a sister two years older than her. It has been so sad to watch Nora play on the sidelines while her brothers play together every day in their own world that she isn’t really a part of. Josh and I prayed so many times for God to give Nora a sibling friend of her own and now he is here! Callum and Nora are almost exactly the same age distance apart as Liam and Asher and Lucy and Nora. Thank you, Lord, for hearing our pleas and for giving Nora her very own sibling friend. 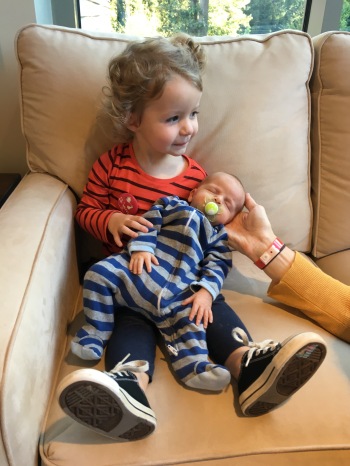 Seeing the relief on Liam and Asher’s faces when they are with Callum is so incredibly gratifying. 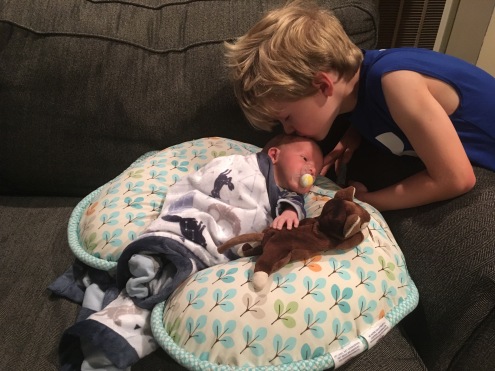 I’m pretty sure Callum has a different take on things since he is constantly passed around, kissed, patted, hugged and manhandled by his older siblings. I think he longs for his peaceful NICU days of the past. 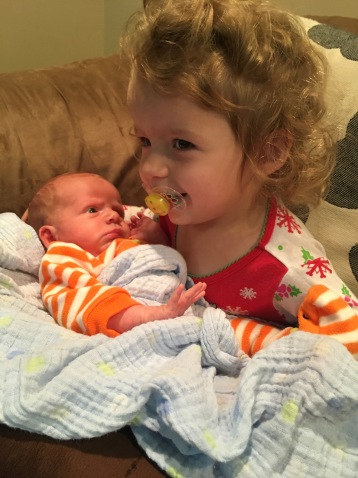 Callum had his first follow up appointment with his pediatric hematologist in Birmingham a couple of days ago and it went really well. He literally slept through his blood draw and his numbers looked ok. His hematocrit was 30 and hemoglobin was 10 and retic had gone up to 1. I really liked his hematologist too. I think Cal will need at least one more blood transfusion before his body is making enough blood on its own, but maybe not. He will have weekly blood draws at the hematologist until he is cleared of his HDN. Thank you all for your support and prayers along the way. We don’t know how we could have done it without you all.